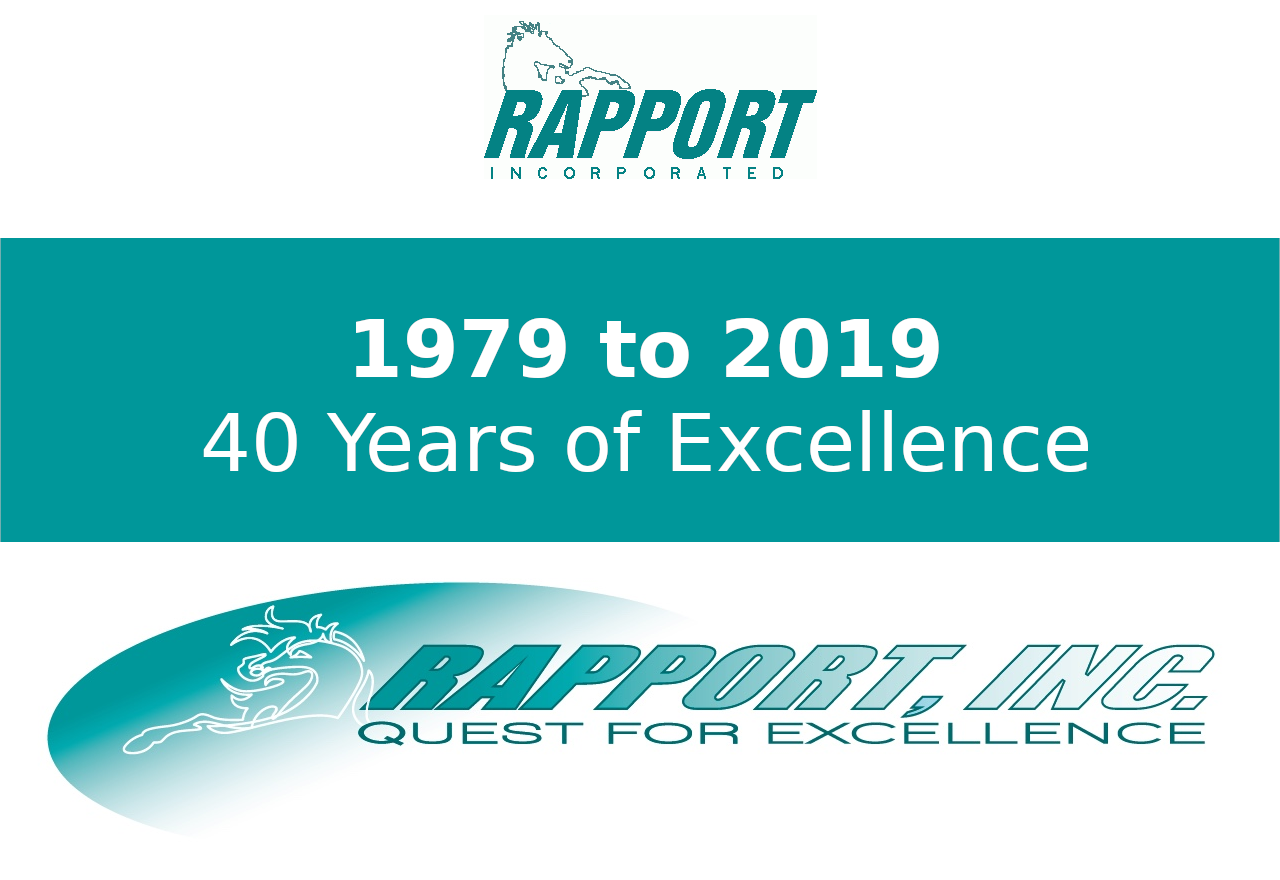 Rapport is thrilled to announce that this year the company is celebrating 40 years in business! Appropriately for what was, at the time, a woman-owned sole proprietorship, Sherry Lehman founded Rapport on Mother’s Day 1979. Little did she know that her company would evolve into a leader in wiring harnesses and wholesale batteries.

Sherry initially worked as an electronic manufacturer’s rep for printed circuit boards. She had to wear multiple hats in that role, selling the boards to OEMs both through inside sales (taking orders from customers) and outside sales (making sales calls). It was hard work that often involved tight deadlines. In fact, she and her first employee coined the phrase, “Just in the NICK of time,” a play on the common phrase “just in time manufacturing.”

Sherry has always known how to establish and maintain strong relationships with customers. To promote goodwill and in appreciation for the customer’s shipping department, each box was hand packaged and included a few Jolly Rancher candies.

Rapport added a new skill to its service portfolio when Sherry, who was delivering parts for the company that employed her husband Dale, learned that its customer Hewlett Packard had a need for semiconductor programming. The work involved downloading information to a floppy disk and burning the data to the semiconductor. This required a special electrostatic discharge (ESD) room to prevent discharge problems.

With the help of one of Dale’s friends, a nationally recognized expert in ESD control practices, Rapport set up an ESD room in Dale and Sherry’s home. The company also made its first capital investment, purchasing programming equipment with money received as gift from Sherry’s grandmother.

To support the new work, Rapport hired its first non-family employee from Colorado Springs, well familiarized in ESD procedures, in 1982. Later, Sherry and Dale’s sons Kent and and Kevin began working for the business doing odd jobs. (Both are still there today; Kent as President and CEO, Kevin as a Business Development Account Manager.) Insights on business automation that Kent brought from his work at a computer store helped Sherry streamline operations. Ultimately, however, changes in technology in the late 1980s and early 1990s led to a decreased need for programming, and Rapport headed in a new direction.

Dale had worked in the electronics industry in various roles for decades, as an employee, owner, and business partner. As a result, he had in-depth knowledge of cable and wiring harness assemblies. The drop-off in programming work proved to be the perfect opportunity to leverage that knowledge, and Dale joined forces with Sherry to convert Rapport (the sole proprietorship) into Rapport, Inc.

The company began focusing on two primary product lines: an import connector line and cable assemblies. In the meantime, Dale and Sherry moved to a new home, where they set up the operations for Rapport. In addition to Kent and Kevin, Rapport, Inc. offered jobs to extended family, several neighborhood kids, and friends. When the operation grew to 13 employees, it was time to move to commercial space.

Rapport relocated to warehouse space in Lakewood. Early employees fondly remember the company’s home in “Unit 6,” which was approximately 1,000 sq ft. With a growing reputation for outstanding work, the company expanded into Unit 7 and Unit 8. Unfortunately, the complex only had 10 units, and the other tenants weren’t moving. So, Rapport began looking for land on which to build a larger facility and consolidate operations under one roof.

Rapport moved into its current location in September 2003. Already doing well, the business quadrupled in size when a business contact Dale and Sherry had known from their days working with Hewlett Packard called to ask if the company would be open to producing medical tubing. While this part of the business would later be phased out, it was a tremendous boost for the company at the time.

In 2005, Rapport acquired the assets of AIM Technologies, and in the process brought on new cable and wiring harness customers, including one that remains a top 10 customer today. In 2012, the company  expanded into the bulk battery business and also made headway in the battery pack business with the acquisition of assets from Car-Go Battery, Co.

Today, Rapport is a thriving business that employees 40 people and provides wiring harnesses and wholesale batteries to a long list of clients. The company has come a long way since 1979, driven by Sherry and Dale’s vision and work ethic. With family members and trusted employees continuing that legacy, the future is bright as well.

Our full-service facility in Colorado can take a design involving wiring harnesses or cells and batteries from prototype to final packaging, quickly and cost-effectively. Contact Rapport, Inc. today to get your project started!